We all know that our dogs are sweet, lovable, and at times, really smart! Outside of being our best friends, our canine companions possess some amazing traits and capabilities. With their superior sense of smell and hearing, and the ability to communicate and follow commands from humans, some dogs can work demanding jobs and perform very human-like tasks! Check out some of the coolest doggie jobs:

Guide Dogs
Guide Dogs are typically assigned to persons who are visually impaired to help them walk safely from place to place. 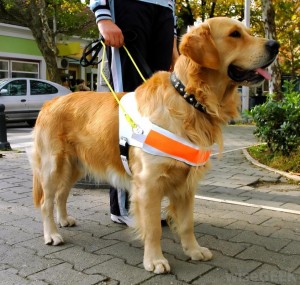 Raised and trained from an early age, these dogs act as the pilots of their handler’s lives. Common breeds that are used for this occupation include Labradors, Golden Retrievers, & German Shepherds. It takes about 18 months of specialty training starting from birth to train a guide dog. They are even trained to judge height and width to help their person avoid bumping into objects. The discipline and demeanor of these dogs is truly amazing! 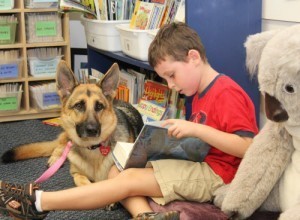 The job of a Therapy dog is to make people feel better. They are often found working in hospitals, retirement homes, classrooms, hospices, nursing homes, and disaster relief areas. Therapy dogs are trained to help people feel comfortable by allowing them physical contact and company during difficult times. They are shown to decrease the effects of depression and PTSD. Only dogs with and especially calm demeanor and proper training can work this job, and they definitely make a difference! 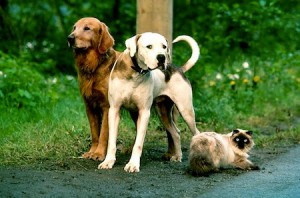 We all have memories of our favorite move scenes featuring a dog! They come in a wide variety of shapes and sizes, but all require intense training and work to be able to take commands and move from point A to point B on the set under a strict time schedule. Fun fact: some dog actors, such as the dogs played Lassie, made several thousand dollars per week!

Search & Rescue Dogs
Dogs have an incredible natural sense of smell and direction, and when that is combined with their training and 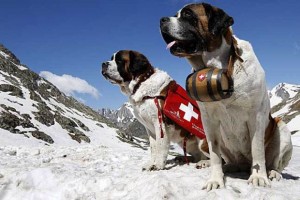 human companionship, they can be a great asset in search and rescue missions. These heroes go into serious disaster situations to retrieve lost humans. These situations can include finding a missing person in the woods, helping first responders recover humans from amongst wreckage, or finding people trapped in the snow. One St. Bernard, Barry saved over 40 people from the snow in the early 1800’s and is celebrated in the Swiss Natural History Museum in Berne, Switzerland. 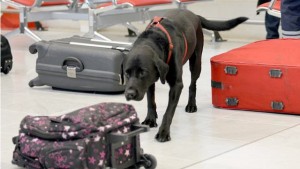 These doggie detectives can find just about anything they’re trained to, from drugs to explosives, specific foods, humans, and even money. Detection dogs can be employed at airports, police stations, borders, and schools and can help protect people from dangers. Some of these dogs are even used overseas to help the military detect weapons and more. Even with millions of dollars spent on research and development, no machine has been found to be more accurate at detecting explosives than dogs.
As you can see, our pups are incredibly smart and capable. These working dogs contribute so much to our society, and we are so thankful for them!